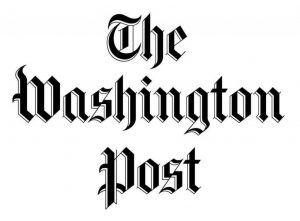 Our shame over sexual health makes us avoid the doctor. These apps might help.

We’re taught to feel shame around our sexuality from a young age, as our bodies develop and start to function in ways we’re unfamiliar with, as we begin to realize our body’s potential for pleasure. Later on, women especially are taught to feel ashamed if we want “too much” sex, or if we want it “too early,” or if we’re intimate with “too many” people. Conversely, women and men are shamed if we don’t want nearly as much sex as our partner, or if we’re inexperienced in bed. We worry that we won’t orgasm, or that we’ll do so too soon. We’re afraid the things we want to do in bed will elicit disgust.

This shame can also keep people from getting the health care they need. For example, a 2016 study of college students found that, while women feel more embarrassed about buying condoms than men do, the whiff of mortification exists for both genders. Another 2016 study found many women hide their use of health-care services from family and friends so as to prevent speculation about their sexual activity and the possibility that they have a sexually transmitted infection (STI).

While doctors should be considered crucial, impartial resources for those struggling with their sexual health, many find the questions asked of them during checkups to be intrusive. Not only that but, in some cases, doctors themselves are uncomfortable talking about sexual health. They may carry conservative sexual beliefs, or have been raised with certain cultural biases around sexuality. It doesn’t help that gaps in medical school curriculums often leave general practitioners inadequately prepared for issues of sexual health.

So how do people who feel ashamed of their sexuality take care of their sexual health? In many cases, they don’t. In a study on women struggling with urinary incontinence, for example, many women avoided seeking out treatment — maintaining a grin-and-bear-it attitude — until the problem became “unbearable and distressing to their daily lives.”

Which may be why smartphone apps, at-home testing kits and other online resources have seen such growth in recent years. Now that we rely on our smartphones for just about everything — from choosing stock options to tracking daily steps to building a daily meditation practice — it makes sense people would turn to their phones, laptops and tablets to take care of their sexual health, too. Websites such as HealthTap, LiveHealth Online and JustDoc, for example, allow you to video chat with medical specialists from your computer. Companies such as L and Nurk allow you to order contraceptives from your cellphone, without ever going to the doctor for a prescription. And there are a slew of at-home STI testing kits from companies like Biem, MyLAB Box and uBiome that let you swab yourself at home, mail in your samples and receive the results on your phone.

Bryan Stacy, chief executive of Biem, says he created the company because of his own experience with avoiding the doctor. About five years ago, he was experiencing pain in his genital region. “I did what a lot of guys do, and did nothing,” he says, explaining that, while women visit their gynecologist regularly, men generally don’t see a doctor for their sexual health until something has gone wrong. “I tried to rationalize away the pain, but it didn’t go away.” Stacy says he didn’t want to talk to a doctor for fear of what he would learn, and didn’t know who he would go to anyway. He didn’t have a primary care physician or a urologist at the time. But after three months of pain, a friend of his — who happened to be a urologist — convinced him to see someone. He was diagnosed with chlamydia and testicular cancer. After that, he learned he wasn’t the only one who’d avoided the doctor only to end up with an upsetting diagnosis. “What I found is that I wasn’t strange,” Stacy says. “Everyone has this sense of sexual-health anxiety that can be avoided, but it’s that first step that’s so hard. People are willing to talk about their sexual health, but only if they feel like it’s a safe environment.”

So Stacy set out to create that environment. With Biem, users can video chat with a doctor online to describe what they’re experiencing, at which point the doctor can recommend tests. The user can then go to a lab for local testing, or Biem will send someone to their house. The patient will eventually receive their results right on their phone. Many of the above-mentioned resources work similarly.

Research shows there’s excitement for tools like these. One study built around a similar service that was still in development showed people 16 to 24 years old would get tested more often if the service was made available to them. They were intrigued by the ability to conceal STI testing from friends and family, and to avoid “embarrassing face-to-face consultations.”

But something can get lost when people avoid going in to the doctor’s office. Kristie Overstreet, a clinical sexologist and psychotherapist, worries these tools — no matter their good intentions — will end up being disempowering in the long run, especially for women. “Many women assume they will be viewed by their doctor as sexually promiscuous or ‘easy,’ so they avoid going in for an appointment,” she says. “They fear they will be seen as dirty or less than if they have an STI or symptoms of one. There is an endless cycle of negative self-talk, such as ‘What will they think about me?’ or ‘Will they think that I’m a slut because of this?’ If people can be tested in the privacy of their own home without having to see a doctor, they can keep their symptoms and diagnosis a secret,” Overstreet says, which only increases the shame.

As for the efficacy of these tools, Mark Payson, a physician and co-founder of CCRM Northern Virginia, emphasizes the importance of education and resources for those who do test positive. These screening tests can have limits, he says, noting that there can be false negatives or false positives, necessitating follow-up care. “This type of testing, if integrated into an existing physician relationship, would be a great resource,” Payson says. “But for patients with more complex medical histories, the interactions of other conditions and medications may not be taken into account.”

Michael Nochomovitz, a New York Presbyterian physician, shows a similar level of restrained excitement. “The doctor-patient interaction has taken a beating,” Nochomovitz says. “Physicians don’t have an opportunity to really engage with patients and look them in the eye and talk to them like you’d want to be spoken to. The idea is that tech should make that easier, but in many cases, it makes it more difficult and more impersonal.” Still, he sees the advantages in allowing patients to attend to their health care on their own terms, rather than having to visit a doctor’s office.

Those who have created these tools insist they’re not trying to replace that doctor-patient relationship, but are trying to build upon and strengthen it. “We want people to be partnering with their doctor,” says Sarah Gupta, the medical liaison for uBiome, which owns SmartJane, a service that allows women to monitor their vaginal health with at-home tests. “But the thing is, these topics are often so embarrassing or uncomfortable for people to bring up. Going in and having an exam can put people in a vulnerable position. [SmartJane] has the potential to help women feel they’re on a more equal footing when talking to their doctor about their sexual health.”

“If you come in with a positive test result,” says Jessica Richman, co-founder and chief executive of uBiome, “it’s not about sexual behavior anymore. It’s a matter of medical treatment. It’s a really good way for women to shift the conversation.”

This can be the case for men and women. While many will use these options as a means to replace those office visits entirely, their potential lies in the ability to improve the health care people receive.