The Many Paths to Parenthood

The Goodmans are the type of family that does everything together. From cruise trips, to Halloween group costumes, to personal family matters, everything is handled as a unit. It’s that tight bond that makes their relationship with one another ever so strong.

Sarah Goodman had been struggling with PCOS (polycystic ovary syndrome) and endometriosis since middle school. Unfortunately, like many women who go years without receiving a diagnosis, Sarah wasn’t officially diagnosed with PCOS or endometriosis until she was 19. She had met her husband Isaiah in college, and the two of them knew even before they got married that they wanted children. Given Sarah’s history, the Goodmans knew getting pregnant on their own would be a struggle, so once they were married and ready, they went to a fertility clinic in their state of Minnesota. Sarah was prescribed Clomid and Letrozole, which resulted in their first successful pregnancy. Nine months later, their son Crue (named after their love of cruises) was born.

Sarah is the type of woman that just loves being pregnant. The sensations, feelings, really everything about it always put a smile on her face. Because of that, the Goodmans decided shortly after Crue was born to try again. This time, however, Sarah’s body more or less said “Nope! Clomid and Letrozole isn’t going to work this time!” Sarah and Isaiah decided to head to another fertility clinic to go a different route. There, an IUI (intrauterine insemination) was just what they needed. It worked on the first try!

The path to decide to use IUI put a bit of stress on Isaiah. During their fertility journey with Crue, Sarah was the one that was nervous. Isaiah was her emotional rock. But since the original method had stopped working, Isaiah wasn’t nearly as grounded as he was the first time. They were thrown into all these new unknowns they weren’t ready for, and it was Isaiah’s turn to be nervous. Sarah took great comfort in this because it was refreshing to see him validate her feelings. The empathy was there, and it made them an even stronger couple. That strength eventually led to their daughter Lakely (named after Sarah’s cabin and favorite childhood memories at Long Lake).

When Crue was four years old, he would occasionally say to Sarah, “Mommy, you’re going to have two babies!” Sarah would laugh and just think it was her son being silly. When Sarah and Isaiah were ready to have another baby, they tried IUI again but it wasn’t successful. . IUI number seven was unfortunately a miscarriage (the baby was going to be named Ocean). After yet another unsuccessful IUI, the Goodmans decided to change fertility clinics once again. Sarah had heard great things about CCRM Minneapolis in an infertility support online and once she met Dr. April Batcheller, she knew CCRM was the right clinic for them.

The Goodmans decided to move forward with IVF and transferred two embryos. At the six-week ultrasound, Sarah was convinced there was no heartbeat. Well, there wasn’t just no heartbeat. There were two! Crue’s prediction over a year ago was correct!

The pregnancy with her twins was a wonderful time. Not only because of Sarah’s love of being pregnant, but it reminded her and Isaiah of the little things they had forgotten while she was carrying Crue and Lakely. Cute little kicks, sweet feelings, touching moments. These memories the twins reminded Sarah and Isaiah were gifts they would never forget. After 38.8 weeks, twins, Rhodes (named after their love of travel) and Waverly (named after their love of the ocean), were born. 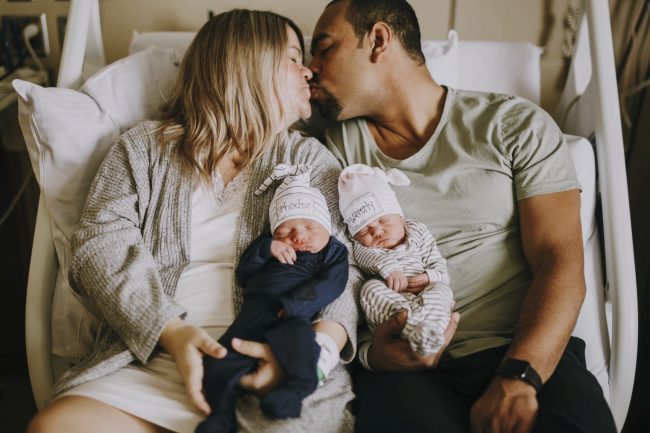 Four kids strong, Sarah and Isaiah can’t resist the temptation of having another child. For their first four children, they were told the gender. If they were to try again, they would want to be surprised and not know until the baby is born. A truly wonderful and new surprise.

When asked to give any advice to people struggling with infertility, Sarah had this to say: 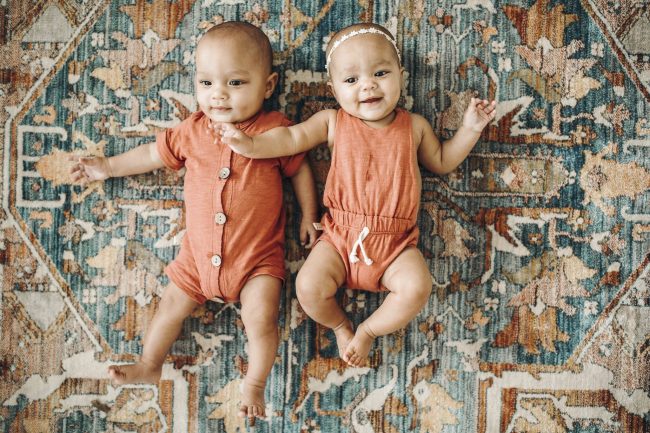