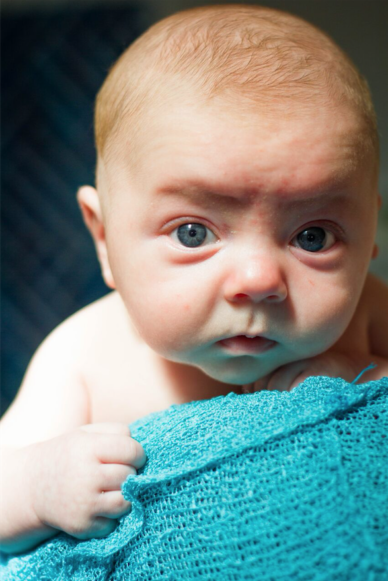 On December 25, 2015, first time parents Amberly and Carson were able to bring their 9-day-old son Cameron home from the hospital. And that was the shortest leg of a long journey with many ups and downs. When Amberly and her husband Carson were 25 years old they started to try to get pregnant.

After a year of trying with no luck, the couple decided to start looking at different fertility clinics in order to find the best fit for them. Amberly stressed the importance of finding the right doctor, rightly thinking that, this is a third person who is going to be involved in this intimate process with me and my spouse. When they met Dr. Rinku Mehta with the CCRM Dallas-Fort Worth (formerly Frisco Institute for Reproductive Medicine), the couple felt at ease and appreciated that she gave them all the information about infertility and treated them as individuals who could make a smart decision. Throughout the process Amberly knew that she had made the right decision in her fertility doctor.

“Dr. Mehta was the steady rock we needed through this process,” says Amberly. “She was there with us showing us compassion and sharing our frustrations when things did not go as planned along the way.”

When starting their diagnosis at CCRM Dallas-Fort Worth, Amberly was tested and Dr. Mehta found that she had polycystic ovary syndrome (PCOS), irregular ovulation and uterine fibroids. So they began treating those. After six months of treatment with no luck, Carson was tested and found out that he had issues with his sperm count, shape and motility (ability to move).

“When you realize that there is a fertility issue, most people are under the assumption that the woman is the cause of the issues,” says Amberly. But in their case – and in as many as 30-40 percent of other cases of infertility – the male’s fertility issues were far greater than hers. The couple was completely devastated when first finding out this diagnosis.

“Getting pregnant is something so many people take for granted,” explains Amberly, adding that they had always wanted a family. “When it gets so scientific and planned with such a high cost, it sends your mind spinning.”

Amberly and Carson got support from counselors to help accept the fact that they needed to have assistance from a fertility clinic to get pregnant. “I realized that this is just part of our story,” says Amberly, “and we decided to start our journey by finding out the facts of what we needed to do to get pregnant.”

Once accepting the causes of their fertility issues, the couple looked at their limited options and started in vitro fertilization (IVF) with intracytoplasmic sperm injection (ICSI).

On Amberly’s birthday, the couple did their egg retrieval. Shortly after Amberly realized that she was swelling in her abdomen and called the after-hours nurse line.

“The nurses were so helpful in a time of panic,” she says. The nurse let her know that some swelling is normal, but when it expanded past the normal swelling, Amberly headed to the emergency room.

Amberly had ovarian hyperstimulation syndrome (OHSS), a condition that affects some women taking fertility medicine to stimulate egg growth. Most cases are mild, but in Amberly’s case the condition was very severe. According to Dr. Mehta, severe OHSS is very rare and Amberly’s case was unexpected since she did not have the classic risk factors for it.

“Amberly is the first and only case of this happening that I have encountered in my over a decade-long career. But, she was brave and persevered through it all because she knew that there was a baby waiting for her after this trial was over,” says Dr. Mehta.

Amberly was in the hospital for 11 days. Dr. Mehta explains that it is very rare for someone to be hospitalized for so long for OHSS. During this time Dr. Mehta visited and was even available on the phone for Amberly while on vacation. Because of the time spent in the hospital, the couple was not able to implant the embryo into Amberly’s uterus right away.

When preparing for the next frozen embryo transfer attempt, a preliminary sonogram found uterine polyps. Amberly underwent surgery to have the polyps removed. Surgery and recovery meant another couple of months of delay before they could transfer an embryo. The second frozen embryo transfer was a success, and they were pregnant. Everything seemed to be perfect until the 8-month mark when the baby stopped gaining weight.

A few days later, Cameron was born at 3 lbs., 11oz. Their miracle baby needed to spend nine days in the neonatal intensive care unit to continue to grow and gain weight.

“Our pregnancy was a great preparation for parenthood: There are always twists and surprises,” Amberly says, giving credit to the team at FIRM that did amazing things to make their miracle child possible.

“This was not our ideal way of getting pregnant, but we realized this is just how we make babies,” she says. “It’s scientific, but we are thankful the process allows for us to have children of our own.”

Amberly and Carson are consider having a second child and utilizing all their frozen embryos left. And they say they want to use the same clinic that helped them have their miracle baby Cameron.

“CCRM is always on the forefront of technology and will do whatever is needed to be done for every patient.”